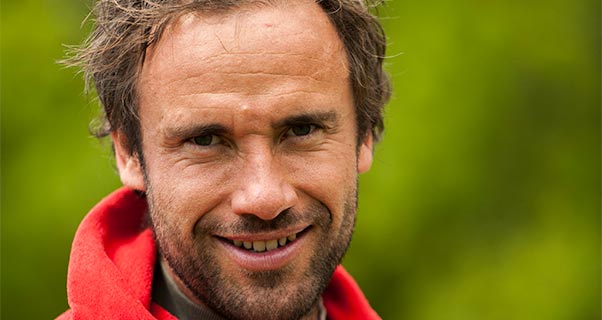 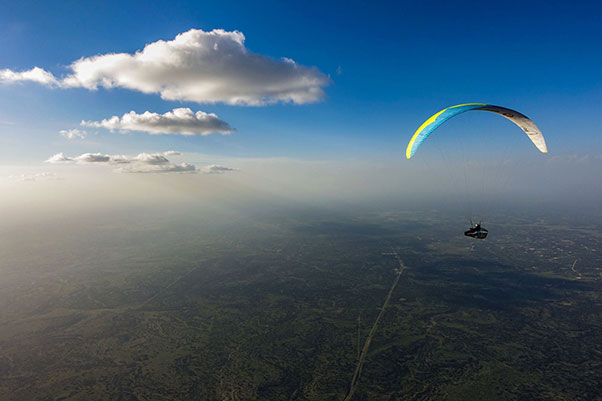 For all the pilots quarantined at home, I made a small interview just to cheer you up in the meantime.

Ziad: Sometimes it is really difficult to produce a new glider in specific 2 years intervals, as the technology don’t work on a fixed date rather than a quality time for good research and development.
How is OZONE managing this, knowing that each glider until now has a certain advantage?

Luc: We have no pre-defined date strategy here. What is sure is that after about 2 years of a product like Delta or Rush, we start to sell nothing, even if the glider is still very competitive in his category. When we see that the selling of a model is dropping down, we start working on a replacement, and we only release the replacement once all of us (the team is made of 5 pilots: Dav, Fred, Russ, Hono and I) are 100% convinced that the new one is a step forward. Sometimes, it’s just a small step sometimes it’s a giant step, but always a step. And sometimes, we don’t manage to do it soon enough and we spend one season without selling anything of the previous model.
I know that pilots are sometimes complaining that the models are renewed too often. But let me tell you a bit more about our experience of model replacement. In the EN B to EN C segment, no matter if your model is still competitive, you don’t sell it anymore after two years. The reason seems to be that these pilots do not have the means to judge by themselves, even with the help of social media, if an old model is still competitive. That’s where you can help with very accurate and objective reviews, but I know it’s a tough job.

The reason is that in these segments, the pilots have the means to judge a product no matter his novelty. After 3 full seasons, we are still selling Enzo3 for the 4th season as competition pilots want the best glider no matter if it’s old, and you just need to participate in a top-level competition to make yourself a good idea of the true performances. We were still selling Magnum2 tandem after 6 seasons, as it was a proven good tandem product amongst professionals. Conclusion: pilots should not try to not rely only on the release date to decide which product to buy. When they do too much of that, they encourage manufacturers to renew their models more often.

Ziad: what are the main differences that Ozone worked on, for the Delta 4 over the Delta 3?
Delta4.

Luc: For this project, we found out quite early how to improve performances significantly (in speed and in glide), with even better safety behavior, and with a good solidity at speed despite no collapse lines were used. The rest of the project development was spent trying to get a nicer feel. The brake pressure was not right, the yaw response was not perfect, the second part of the brake input was lacking, etc. I was sometimes swearing myself in the air. This was the most difficult task of the project ! After more than 12 years of developing gliders, I’m still puzzled to see how much I don’t know about paragliders! I’m puzzled to see how sensitive it can be to find the right balance. 2 cm in a tension strap, 1cm in a profile thickness, 1cm in a tab position, few mm in trimming, etc. More than ever, I’m grateful to Russ and Hono for their fantastic work in this project, in fine feeling and tuning.

Ziad: Lots of pilots missed the Delta 2 MS linear handling and brake response. What would you say about the Delta 4 in that field?

Luc: I think it’s even better in the way that it’s not relying as much on chord deformation to obtain the last nice feel of the second part of the turn. Personally, I’m very focused on keeping a very nice yaw response toward the end of the brake range. I think it gives an important part of safety as well when you are thermaling along a slope. To me the Delta4 is a beauty, it behaves like a very solid 'wood feel 'in the turbulences but at the same time, it handles like a light small bicycle. My first and last flight with the production sample was just when French lockdown started. It was a bizarre feeling, mixt of ecstasy (due to the wing) and frustration (due to the coming blackout).

Ziad: Are we going to expect a Zeno 2 shortly? Any dates? If yes, can you describe what are the benefits over the famous first version?

Luc: We were just starting to be full-on Zeno2 project. We flew 3 prototypes and 2 others are coming, but at the moment we are grounded, forbidden to fly, each of us confined. I hope you understand that it’s quite early to comment on anything about this new model!

Ziad: As a designer, and a pilot what is your message toward the intermediate pilots in terms of safety and evolution?

Luc: Fly an easy wing for your level, and fly a lot to build up skill if you want to step up. Nowadays, easy wings are offering plenty of performances.

Ziad: In those difficult times, any message you would like to give to the quarantined pilots around the world?

Luc: I’m one of them. We have grounded birds and that’s painful, especially while spring is popping out outside. Let’s hope to meet each other soon in the air!

Everyone, please stay safe! And hopefully, we will be free to fly again soon!
Ziad